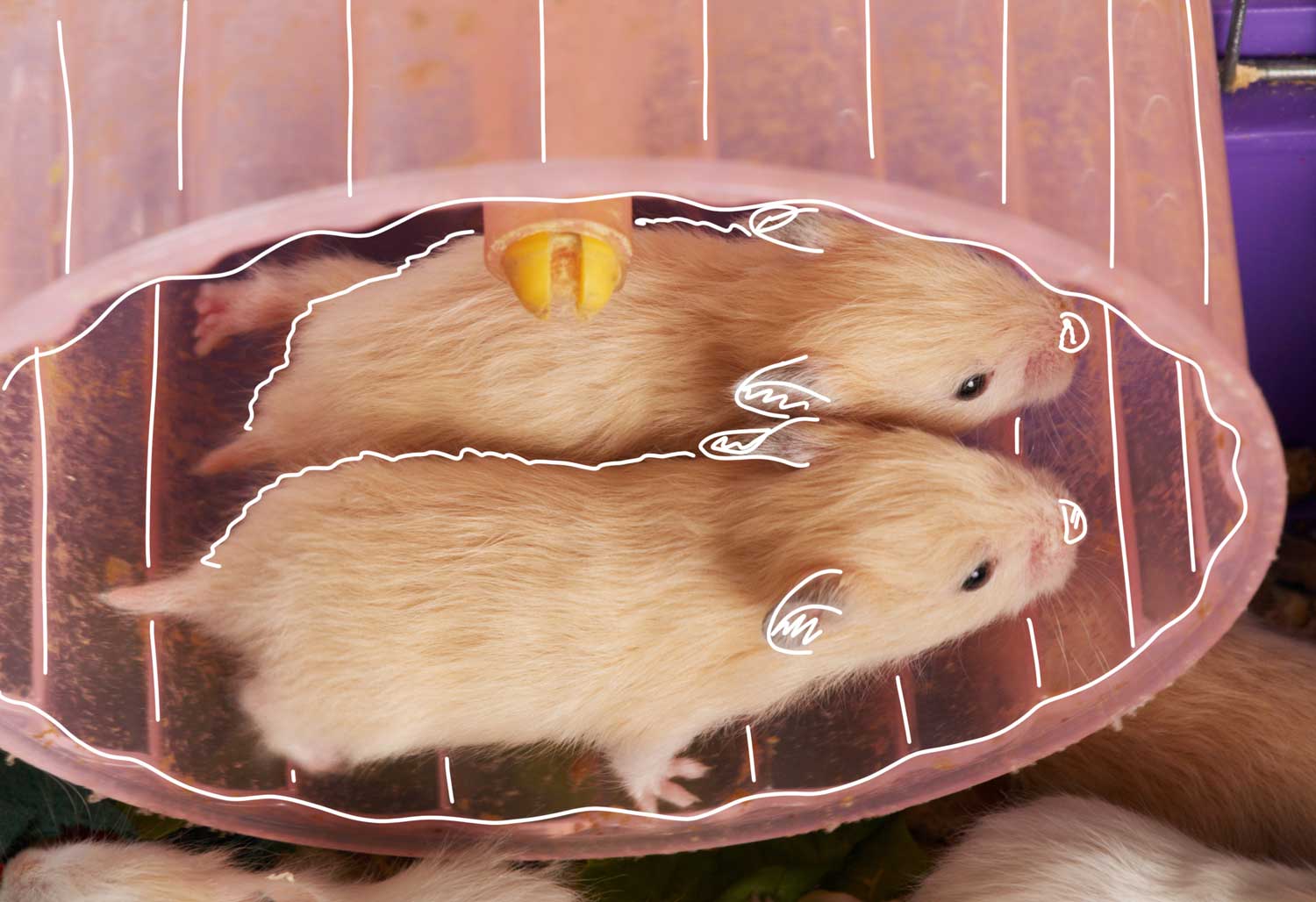 Overworked does not mean productive

You know this from your job. You are stressed, can’t keep up. In the evening, you flop down on the couch, thinking how useful and effective you have been. A diary full of scheduled appointments gives you a sense of importance and indispensability. But this is just an illusion. Being overworked is not a virtue for which you should be respected and praised. Exhaustion rarely equals productivity and usefulness, but is rather an example of bad time management and choice of priorities. It is one of the most important virtues to be able to say “no” when appropriate. Beware of resembling a hamster in a running wheel. Unstoppable all day, but still in the same spot.
If you feel like that, spend more time on building something which provides real meaning. Because this is productivity. It is insufficient merely to tick off what is expected, even in a relationship. Often a single meaningful action is much better.
If you have a problem with productivity, don’t worry, you will learn how to achieve productivity.
Petr Casanova
There really are 250 Laws of Love.
Now you have a chance to start at the very beginning and get one right to your inbox every day. And then, by just one step a day, you will grow to even better personality than you are now.
‍
Just subscribe and enjoy your new life!
By clicking the 'Submit' button, you consent to the use of your personal data by First Class
Publishing a.s. for the purpose of offering its products and services and acknowledge the
Information on the Processing of Personal Data. For details click here.
Ask yourself as often as possible: “What small victories do you enjoy?”
There is no living being in Nature who behaves more mysteriously (with regard to achievement of goals) than man.
Do not regret leaving a bad person; at least there is one less around you
Do you know what is worse than being left by a bad friend?
Respect each other
Understandably, mutual respect is one of the essential preconditions of a successful relationship.
Do not continue a relationship with a partner who is unable to mirror
Do you remember what yin and yang look like?
This website uses cookies to provide services, personalize ads, and analyze traffic. By using this website you agree. We apologize that we have to trouble you with this message. For details click here.
Agree