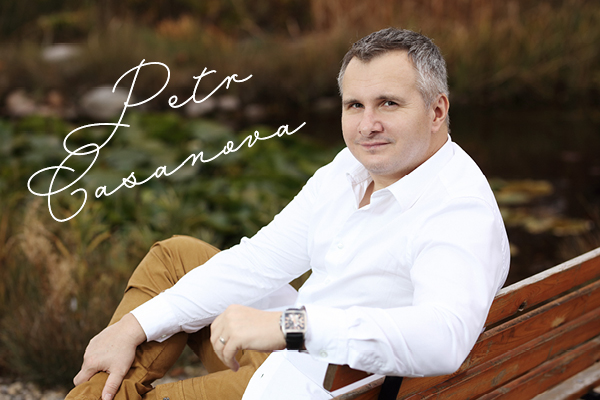 Life is like a river. One strand and plenty of tributaries decide where your main stream will eventually go. The three key events affected me.

Sixes and nines supposedly indicate satanic dates. On 6.6.1996 at one minute before midnight, after returning from night duty at the newspaper, the answering machine was flashing with the message: “Come immediately, something terrible has happened.”

My mother had fallen into a coma, completely without warning. I rushed to intensive care and found her attached to various machines, and I, as a 21-year-old idiot who thought only about his career, and thinking that money could solve everything, found her doctor and said to him: “Don’t worry about the cost, I’ll pay for whatever you need, just save her.” He gave me a fatherly stroke on the cheek, and replied, “Money can’t buy your mother’s life”.

For five days, I sat by her body, which only moved when the machines told it to, and that’s when it finally dawned on me what is really important in life. It certainly wasn’t money. It wasn’t even health really, because – as they say – even on the Titanic everyone was healthy.

If you lose money, you at least have time left to earn more, and if you lose your health you are still alive, and again you still have time, but if you lose time itself, it’s gone forever. We all lose time. It slips away when we aren’t looking, and also when we are. It peels pages from calendars and adds candles to cakes until there’s a forest of them and we can’t quite believe it. None of us know how long we are here for, but we all know that with every passing minute, we have one minute less.

On the 11th of June 1996, when they finally turned off the machines and mother’s life became just another stopped story among billions, money ceased to be my priority in life. Money ceased to be my aim, but it became one of the means to achieve my aims.

My priority now was time. Every second mattered. For the whole night of the 12th I thought about all the dreams that I had not yet fulfilled, and I started to go after them.

I had always been interested in creating things, ever since I was a child. At the age of 8, I was given a longed-for typewriter, and I started to write primitive detective stories. In the evenings, I read them to my parents.

I enjoyed writing, but I was even more fascinated by television. As a child, I couldn’t understand how the fairy tale characters could be in a cottage one minute and a castle the next. I didn’t know there was such a thing as editing. It all seemed like magic to me (and of course, it was!)

When my mother died, my career and advancement were taken care of. I had been working for the newspaper since I was 17 years old, and I had worked so hard that I could take my pick of offers. The zenith came when the bosses from Blesk attended my mother’s funeral and asked for my signature. “Here is a new contract, choose your own salary,” said my current employer. Me, the snotty nosed 23-year-old.

But I secretly dreamed of television and then it came, an offer from TV Nova. At the most watched TV station of the time I met the most influential professionals and experienced the best professional school. It was wonderful, but I came to understand – from the many meetings and brainstorming sessions of the former leadership – why television is so successful: the secret was fear of the screen.

TV news amplifies the negatives lurking in every event. Violent shows and movies are guaranteed to draw in the gawkers. I was told, “If you frighten a man, he freezes. He ceases to act. He will wait for further developments. He will be dependent on your guidance. He will stop actively living and thinking. We will do that for him.”

As if bitten by vampires, people change their lives for telenovelas, series, reality shows. This was not a trend, this was a business plan which I saw on paper. The development plan with advertising gains, with the escalation of human misery, it was all mapped out.

I was in the sixth year in the highest occupational position that I could achieve in publishing – a publisher, a representative of the publisher. I drove 4 print titles and 5 Internet portals. I consulted with the publisher, one of the richest Czechs on another 11 titles. I had almost unlimited power and confidence. We were going to expand to Dubai, and it was determined that I would live there. I was successful and respected, and the captain of a very large vessel, but still there was something missing: it wasn’t mine.

I had a free hand to create any new project or modify any existing project as I saw fit. I inched projects along to keep people motivated and focused, and encouraged values other than money. We went totally against the current, our success was extreme, BUT: to the publisher, it was still only a business. He was a businessman, I was just a creator, and for all he cared we could have been selling paperclips as long as we made money for him.

“No,” he shouted once. “You will listen to me, or you can get out and set up your own magazine.”

Another sleepless night before a life decision. I was about to desert my position as the best paid journalist and leave “my children,” the projects that I had built, behind to perish. I was going to throw away so many years of building a career (all that time!) just when I had reached the very pinnacle of my achievement.

It was 30 years after my seven-year-old self told my parents that I was definitely going to be a reporter, but I gave my notice, and nobody around me understood. I lost my partner, lost lots of “friends”, and even my company Mercedes-Benz, but I gained something too. I started to create something of my own from the ground up that the three lights would led me to: something that would support people in achieving their aims, both their materialand non-material aims, and that I would control one hundred percent.

And so, Improovio came about, which is neither a website, nor a magazine, nor a bestselling books, nor a personal advice centre, nor an academy, nor an e-shop, nor a dating site.

Improovio is a community. Improovio are real people. People like me.

Together, we are now the largest community for personal development on the Czech and Slovak internet. A big ‘thank you’ to all the people who make up this community, and thanks to those who helped me make Improovio what it is.

There are thousands of reasons why Improovio was created and why it works as it does. I could describe them all, every story, prayer, e-mail message, every decision reached in every personal meeting, all the things that led to this community becoming what it is, but that would take too much time, and we both know that time is precious. Better to spend each second wisely building the life you want. So let’s go forward and create it together.

From the heart, Petr Casanova

Do not continue a relationship with a partner who does not understand that you cannot read his mind
Partner A had a terrible day.
Do not take revenge
The end of suffering is better than suffering without end.
Next
Tell the other person as often as possible: “Thank you for your patience and forgiveness.”
We are all human.
Next